On Thursday, March 8 the Fort Wayne Council of the AT&T Pioneers in Indiana were honored at the Community Harvest Boots and Bling Gala Event where they received the Jane Avery Friend of the Food Bank Award. The award is given to a person or persons who have served as a hunger champion; working tirelessly in their own way to support the mission of Community Harvest.

The Pioneers were called up to the stage to accept the award in front of hundreds of people and local news media.

Since teaming up with Community Harvest in 2012, The Pioneers have volunteered over 1100 hours. We have also partnered up with events like CANstructions, Fort4Fitness, and the Turkey Rally. Last fall, the Pioneers donated $5,000 to Community Harvest. 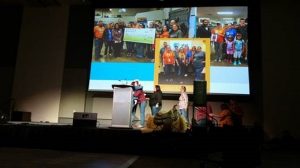 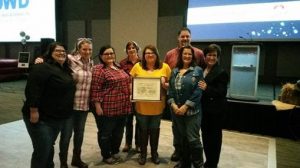 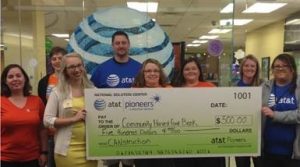 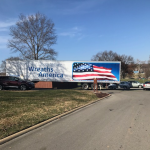 The Spotlight on Wreaths Across America and the Johnson City PioneersUncategorized 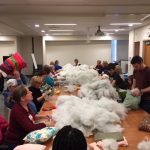