NJ Chapter Shines in the Spotlight

The AT&T Pioneers’ fall clean-up on Friday, October 14 ended the 2016 grounds upkeep of The Schuyler-Hamilton House, a historic property within Washington’s Headquarters National Park district in Morristown NJ.  On the same day, members of the Morristown Daughters of the American Revolution a 501 (c)(3) organization, who own the Schuyler-Hamilton house and the Pioneers celebrated a grant awarded by the AT&T Pioneers NJ chapter member Fran Long to the DAR chapter for $2500.

The 2016 cleanup efforts included monthly trash pick-up, tree planting, pruning, raking, weeding, planting, garden edging and mulch spreading.  In this second year of the project, there were a total of 42 AT&T Pioneer volunteers who contributed close to 200 hours of community service in 2016.   The grant funds will help to maintain the grounds, house and support many community volunteer projects the Daughters of the American Revolution sponsor over the next calendar year.

The Schuyler-Hamilton house is a popular school trip location for NJ elementary students as well as adult visitors from across the US during the year since it is within the Washington’s Headquarters National Park district boundaries.  The DAR Chapter has recently welcomed Broadway cast members from the musical “Hamilton” to the house for the purpose of recording footage for a current PBS documentary about the play.  Due to new-foundpublic interest in Alexander Hamilton, the house has enjoyed a substantial increase in the number of visitors to the house so the upkeep of the property by AT&T Pioneers is key to make these visits enjoyable. 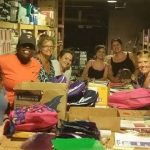 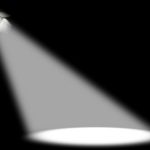